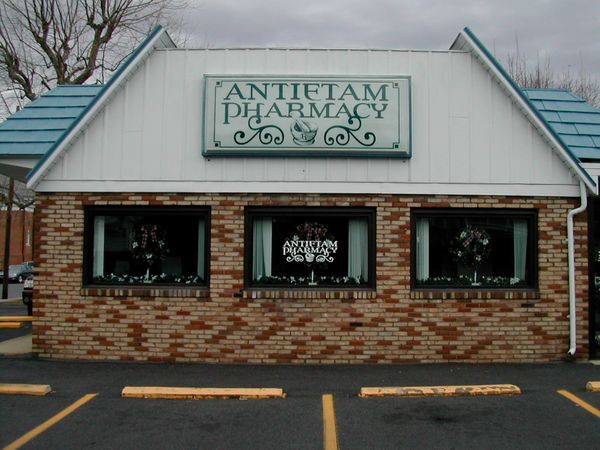 Antietam Pharmacy was established in 1980 as a Medicine Shoppe by owner Albert Zitomer. In 1985 George Meckley, whose family was well known in Waynesboro as the owners of Antietam Dairy, purchased the pharmacy. At that time, David Riley began working part-time and when George was ready for semi-retirement, Dave purchased the pharmacy in 2005, re-naming it Antietam Pharmacy.

The pharmacy has been a family affair for the Riley’s with wife Amy filling in at various positions and the three children tackling every job from sweeping the parking lot to entering data into the computer. The years spent helping out must have had a positive effect as older daughter Kellen is now currently finishing her first year of pharmacy school. Middle child Erica developed a great sense of compassion for people who are sick and suffering and is now enrolled in a master’s program for social work. Son Patrick is currently finishing his junior year in high school and looking to study chemistry when he gets to college.